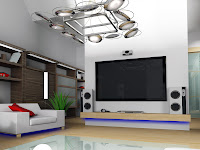 I thought since I’ve been blogging about cause marketing, I’d post a press release about a cause marketing “invitation only” event. Since the event was “invitation only,” we were unable to pitch the foundation awareness piece, so we had to take a different angle on the release in order to get it into the media.

On April 4th, 100 of Cincinnati’s top influencers will celebrate something few expected the strait-laced “Queen City of the Midwest” would ever boast — her own brand of urban style. The 12-ft. floor-to-ceiling windows of “The Edge,” an upscale, loft-style condominium development in downtown Cincinnati will provide the panoramic view for this invitation-only gala jointly sponsored by the Edge Condominiums, LIT, The 216 Foundation, Quest Marketing Solutions, Bang nightclub, Beluga sushi restaurant, and Bova contemporary furniture.

As upscale riverfront condominiums and trendy retailers like West Chester’s new Ikea spring up in what’s long been a conventional Midwest town, designers, business owners, athletes and other fans of urban chic are taking the time to celebrate. From the martini and sushi bar to the techno-pop music, the event is designed as the synergy of upscale and cutting edge urban design. Sponsor Ernie DiMalanta of Quest Marketing Solutions says, “I’m excited to bring together so many of our area’s design influencers in one place to celebrate this exciting advent of Cincinnati style.”
President and CEO Mark Pohlkamp of Cincinnati-based LIT, whose products will be showcased during “Celebrate Style” is characteristic of young companies excited by this trend in the city’s new urban chic. Says Pohlkamp, “LIT products are a perfect fit for the high-tech, contemporary look that’s finally come to Cincinnati. Their flexible furniture underglow softly accents with the light and shadow embraced by modern loft living.”

Pohlkamp adds, “LIT can set the stage for a hip party like this one as well as for an intimate evening at home. Urban design shows us that sometimes it’s the simplest things — like lighting — that make the greatest impression. My products are in use in other major metro areas like Miami, Los Angeles and New York. I’m excited to see Cincinnati developing an urban edge and for it to take off in my hometown!”
An After-Hours party will continue at Bang, billed as “downtown Cincinnati’s premier nightlife location.” The 216 Foundation, a Cincinnati-based, non-profit organization that funds diabetes research, will receive a percentage of ticket sales.

No comments to show.